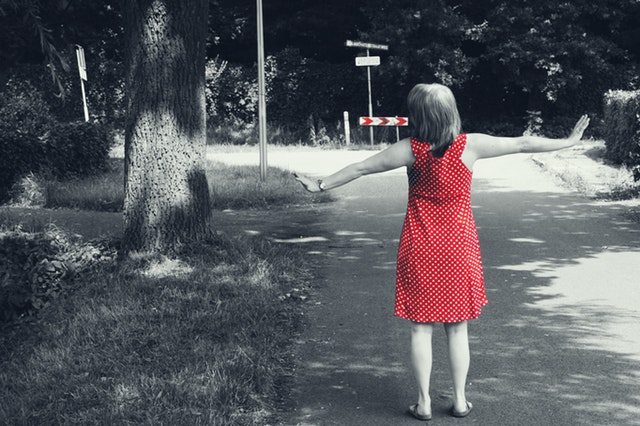 God is like that favorite red dress
she got on her tenth birthday.
she loves it so much but it no longer fits.

Her father never stopped saying she was a poem
he wrote in her mother’s body & forgot its lines.
So when he left them, he left only a note: “Don’t look
for me!” & her mom did not bother. She took his
portrait from their concrete wall, together with
all the kisses he ever gave her & set it ablaze.

Her mom took her hands & whispered: “this is how love
becomes smoke, but you must never let it choke you.
when a man moves, move on. Kill the memories
before they grow claws. Let’s dance to the music of this
crackling fire, you are the dancer I always wanted to be!”

But how could she refuse her mother’s wish.
Maybe girls are nothing but a reincarnation of their
mom’s dead dreams. she sways left, then right
and grins as she sinks, while these numbers
float on her memory,

At 6
A little girl fell into a black hole,
God could not catch her-
He was busy numbering her hair.

At 12
The same girl scoops mara water
From her mother’s water pot.
The memory of that bitterness
Makes her hydrophobic
& she is dying of thirst

At 18
Her flower vase is falling,
There’s no one to help her catch it!
& this poem is an alarm in verses.

One Poem By Olowo Qudus