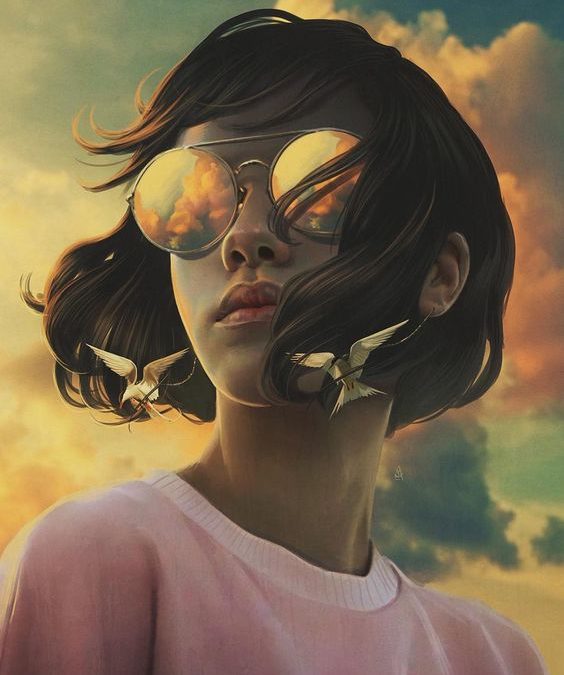 A Girl’s Life Is An Allotrope Of Death

Last night I drank an ol’ man’s sigh-
mouthful after mouthful;
& sat still until the last drop,
staggered down my throat,
into my bowels to quench
the flames burning therein.

Early this morning, I awoke to Dawn-
perching on the rays of the sun,
carrying a photograph of a woman,
in whose eyes was a scary story-
neatly winnowed of every allegory,
till all that was left was one word- ‘gory’

I took the dewy footpath of pain,
which meandered thru’ her forest of grief,
and I saw the ghost of her innocence-
standing hands akimbo at the same spot,
where her hymen was exchanged
for a box of snuff; on the same day
when her laughter slumped and died-
unable to stand the cruelty of such
trade by barter.

See, if you want to learn how
to titrate light against darkness,
you must know the mensuration of the
shapes (of gossip) at the Village square,
when a teen girl misses her menstruation,
&the men who paved pathways between
her thighs, sit with stones in their hands,
eager to cast as soon as the dice is cast.

Even the moon died of shock when she
pointed at the most furious man in the group,
he was both the father/grandfather of her seed.
there she watched her mother’s wrapper,
carted away by a strong wind of madness-
she did walk home naked, only clad in tears.

& this is how a girl’s life becomes
an allotrope of death: they make her the
palm fronds carpeting the floor of pleasure,
for men to triumphantly ride to ecstasy.
without EIAs, roads are built between her thighs,
until she kisses death on the lips of life,
while her housemates: cancer of the cervix,
VVF & RVF steps aside and watch.