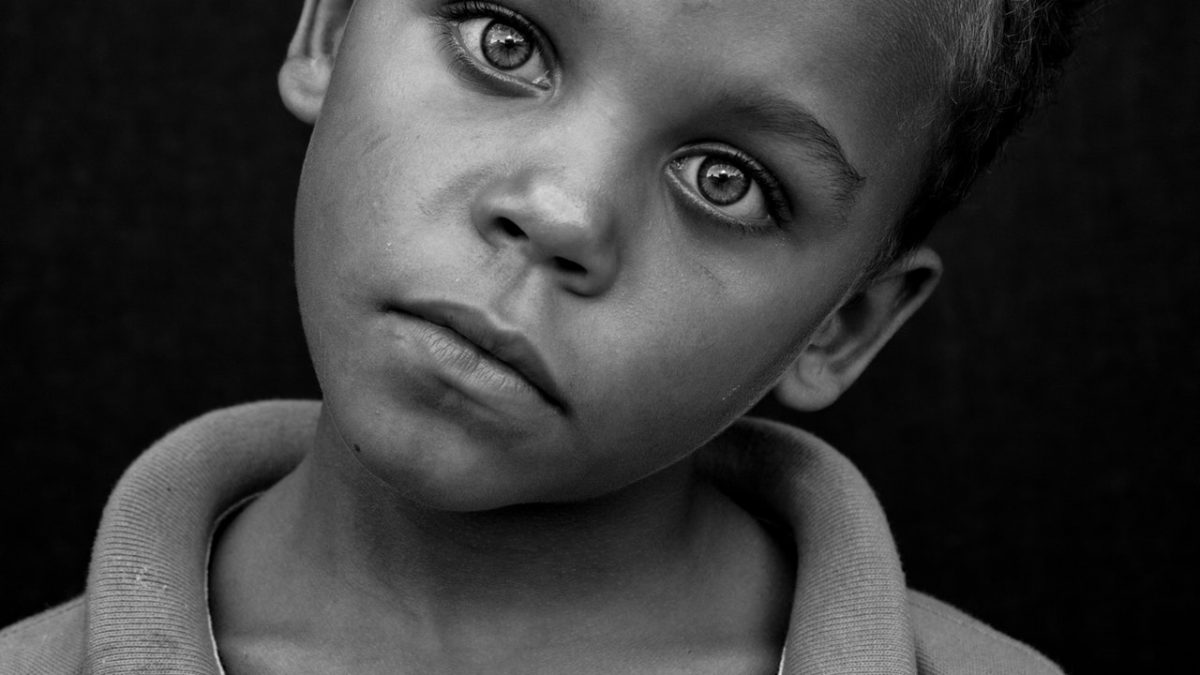 Peter sat by the road side. His skin, black like ‘condemned’ engine oil and his eyes, a reflection of a soul that was nothing but an ash tray of burnt dreams. Not only were his eyeballs hanging conspicuously from its sockets, they were as red as the dimming light of the sun. His teeth too were brown like the migingoro-eating mallams whose mouth had long picked a quarrel with chewing sticks and toothbrushes.

The scorching sun rays seemed to penetrate his completely shorn and well-oiled head, which by now was sparkling and reflecting like a mirror. His father, had with a rusty blade, scraped it clean before he left Tyowanye for Ibadan.

“My son, your head needs fresh air. Too many hair strands are like overgrown bushes on farmlands; it must be cleared lest it inhibits common sense.” He joked blandly, as his son murmured under his skillful hand.

Clad in a worn out red shirt, so stained with old sweat, that left brown patches around its underarm area; his face conveyed volumes of dissatisfaction but he munched his bread hungrily, sipping one or two mouthfuls of chilled orobo coke in- between bites.

I stared at him, how he ate noisily- chewing loudly like an engine was blending moisture-less beans. He smacked his lips with each gulp of the soft drink, not even taking the slightest notice of the disgust, pleating my forehead into many creases.

I looked at him intently. I had hired Peter barely a week ago to do menial jobs on a building site for which my services were contracted. Even though, we hadn’t talked much, I saw determination in his poise, and unlike the others he spoke English language fluently. And since he was the youngest of the laborers on the site, I watched him closely and guided against the older ones, from having to bully him.

It was one of the days in early November, when the last rains delivered the valedictory speech of the wet season. Without any profound notification, but a sudden blackening of the once sunny sky, clouds gathered, birthing a heavy downpour. My men and I ran over to our wooden site shed, to take shelter. I was sure to lose man-hours but that was nothing compared to losing good hands like Peter’s, who was allergic to cold raindrops.

Fatigued, I sat down, on a bench caked with dust. I took off my helmet and exhaled in exhaustion, and began listening to rain droplets hit the metallic roofing sheets and slide downa dying dre

The laborers clustered about two feet away and chattered loudly. They talked about their wives, football and recent political happenings in the country- economic recession, Biafra and the Python Dance. They connected the dots of history- speaking of how the present happenings hatched from past events.

And in no time, Peter was lost, as he was only a teen who hadn’t read much of history. All he could do was laugh heartily at the rather hilarious comments.

When the discussion took a family turn, the men began talking about their wives and children; he walked to the tiny window, leaned over and began staring at the moving cars on the highway. I looked up from the newspaper I had been reading. I noticed his countenance had fallen.

“Peter” I called out.

With one swift turn, he turned in my direction and I signaled him to come. His feet and limbs all stained with cement dust, he walked towards me bare feet.

“You are okay?” I asked in a low tone, almost whispering.

“Sit” I offered him a seat, sliding to one end of the bench to make room for him. He sat down next to me and managed a smile.

“Tell me about your family. Where are your parents?” I implored.

“I have a large family; father, mother and six siblings.” He said politely.

My eyes bulged in surprise but I listened attentively as he pushed chunk after chunk of his story down my waiting ears. I could not but shake my head in sympathy. The story was a tale of poverty and lack; of sunless days and moonless nights.

“… Mama’s eyes lightened our dark home. We found happiness in the things that money could not buy. Everything changed after she took ill. Papa tries to make it feel normal but all his jokes are like bread left in the harmattan- dry and unpalatable.”

Poor boy, he had left home to raise some money to foot the fattening hospital bills of his mum.  He told me, “On some days, all that is left in the wallet of a poor man is the singular currency of hope- no more!”

As he tied the fine ends of his rough story, he ended with these striking words:

“Often times, I wonder how my big dreams, emaciated. In the past, it suffered from such obesity, that it could barely walk to the city where dreams come through.”

He caught the tear escaping his right eye with his left hand.

A Girl's Life Is An Allotrope Of Death