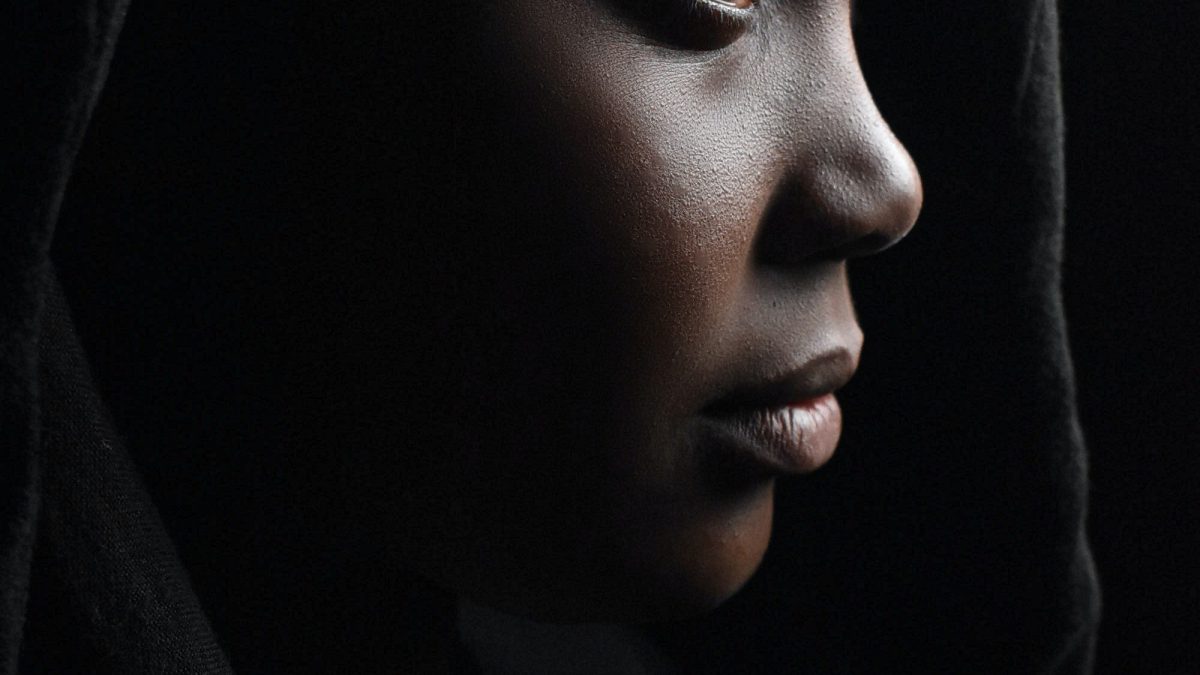 Something From Between The Legs – A Story By CES Ejiofor

Sometimes, the things we desire most are the things that hurt us. Or break us. Like fire does to the moth. Even after long hard moments of devotion with which the moth dances to the rhythms of the flames…

The first time something fell from between Kamnele’s legs was six years ago, when she miscarried her three months old pregnancy. She doesn’t remember much, because she shattered that memory into tiny bits and shoved it into the least visited chambers of herself. But she remembers the years of trying to get pregnant, trying to be a mother. The first year of her marriage, she had hoped babies would come so freely, because she loved them, and babies loved to be loved. But after the first year past and her periods were still as regular, she started to mutter prayers every time she met her husband. She always imagined miniature babies crawling out of her husband into her, with every of his thrusts. And she would be silent, praying, stiffening her moans, because a prophetic sister at the ministry she attended every Thursday had told her that sexual moans repelled babies.

But after another year past, she started to cry each time her periods came. Her periods had become emblems of her misfortune, rainy days that reminded her of how much of a parched, infertile place her womb was, even though the doctor said she was OK. So, the day she noticed her period hadn’t come on the expected date, she felt bubbles of hope rising inside her. Maybe her period was playing the lateness trick. Maybe a tiny little being nestled somewhere inside her. Maybe she had caught an infection that disrupted her normal cycle. Maybe. Just maybe. But when the doctor confirmed it was indeed a tiny little being, her bubbles of hope exploded into fragments of uncontained joy, like violently broken glass.

But like violently broken glass, this joy gashed her psyche few weeks later. She had woken up to a cramping debilitating pain in her abdomen. It was half past two a.m. Her husband hurriedly went to wake the neighbor who had a car to help drive them to the hospital. She was coming down the stairs in heavy, labored steps when she felt something slip down her legs. It was a bloodied clump the size of a clenched fist. Her baby. Or rather, what would have been her baby if it had waited a little more. Right there on that stair, at half past two a.m, on the seventh of September 2003, her dreams of being a mother faded. Her chest felt hollow, her eyes misty, and her head swooned. She doesn’t remember what happened afterwards, but she remembers waking in the hospital, her husband by her bedside, a cannula in her left hand, an IV bag hanging above her, the fluids dripping as slowly as her tears had dropped from her misty eyes when she miscarried, and a doctor muttering hollow words that start with “we’re sorry” and end with “the baby”.

The second time something fell from between Kamnele’s legs is today.
It will be the last, Kamnele knows. Not because Kamnele doesn’t hope to be a mother anymore–she knows she is one now, anyway– but because when that baby fell from her, it breathed, in and out, before it stopped. And in the stopping of its breath, was also the stopping of Kamnele’s heart. Yesterday, Kamnele was a happy, seven-months pregnant lady, and today she is a mother. A mother to a premature baby birthed in the most traumatic manner Kamnele could ever imagine.

Ever since her first miscarriage, on the seventh of September each year, it visits her in a dream. Kamnele still doesn’t have a name for whatever it was that visited her, because Kamnele knows that giving a thing like this a name is to breathe life and essence into it, to make it a living monster. So she only calls it “it ” when she describes to her husband how a bloodied clump, just like what had dropped from her on that day, but with teeth like tiger’s, visits her in her dreams and would bite her deeply into her abdomen until she bleeds.

But today, seventh of September 2009, at half-past two a.m., exactly six years after her first miscarriage, Kamnele wakes up to the violent cramps of it biting into her abdomen. But unlike other days, the pain doesn’t stop even after she wakes, so her husband rushes her to the hospital. In between her bouts of screams, she can hear the nurse saying to the doctor over the phone “Braxton Hicks contractions sir. We’ve told her it’s false labor, and told her to go home but she insists on seeing you”. So, when Kamnele feels something between her legs, she knows what it is again. But this time is different, instead of a clump, she sees a tiny baby land with a thud, right with its head, on the hospital tiled floor, the umbilical cord hanging between her from where it had come forcefully off the baby’s navel, the placenta still inside her. Blood. Blood. All Kamnele sees is blood. And in the brief second before a nurse comes to take the baby, Kamnele sees its chest heave. Up. Down. Then it becomes silent, in the pool of blood. The nurses take her to a room, after taking the baby away, and help her deliver the placenta.

It is daybreak now, and Kamnele is lying on a bed. The doctor comes in with a nurse carrying her baby wrapped in the lavender shawl Kamnele had bought in the main market two weeks ago. The baby is pale and lifeless, but Kamnele somehow sees the baby smile. The nurse hands her the baby as the doctor says “we want you to see her for the first and last time”. Kamnele looks at her baby and knows it is not the last time. The baby feels feathery and small in Kamnele’s arms. Kamnele snuggles the baby and kisses it. Anuli. Kamnele chooses that name impulsively in her mind. Because the name means ‘Joy’, and all Kamnele feels now is joy. The joy of being a mother–all she craved for, for more than eight years of marriage.

Kamnele can hear the doctor saying words to her husband, but her hearing is somewhat blurred. She catches only bits and phrases. Preterm birth. Umbilical cord avulsion. Massive blood loss. Hemorrhage in the baby’s brain. Collapsed lungs. We tried our best, but…
Kamnele feels that fierce defiance that comes with motherhood. That sense of wanting to always be with your child. She closes her eyes. She knows she will never open them. She doesn’t want to.
Tomorrow they will bury her and her baby girl. They will dress her in the most motherly attire in her wardrobe; perhaps that Iro and Buba her mother-in-law gifted her with when she got pregnant for Anuli. They will dress Anuli in that rose-speckled, coffee-colored dress her husband had bought for the naming ceremony. They will place Anuli on Kamnele’s chest, both of them inside a cramped, hurriedly made coffin.
Mother and child, locked in an eternal embrace.

Ejiofor C.E.S is a medical student on the days she slips out of her literary cloaks. And on the days she wears them, you can be sure she is reading or scribbling some literary stuffs. Her short stories have appeared on Eboquills, and she writes poetry on Allpoetry website under the pen name “Black mermaid”. One can find her on social media through her Facebook account, Ejiofor Ces, and twitter account @EjioforCES1. She dreams of knitting the world into a mesh of stories.