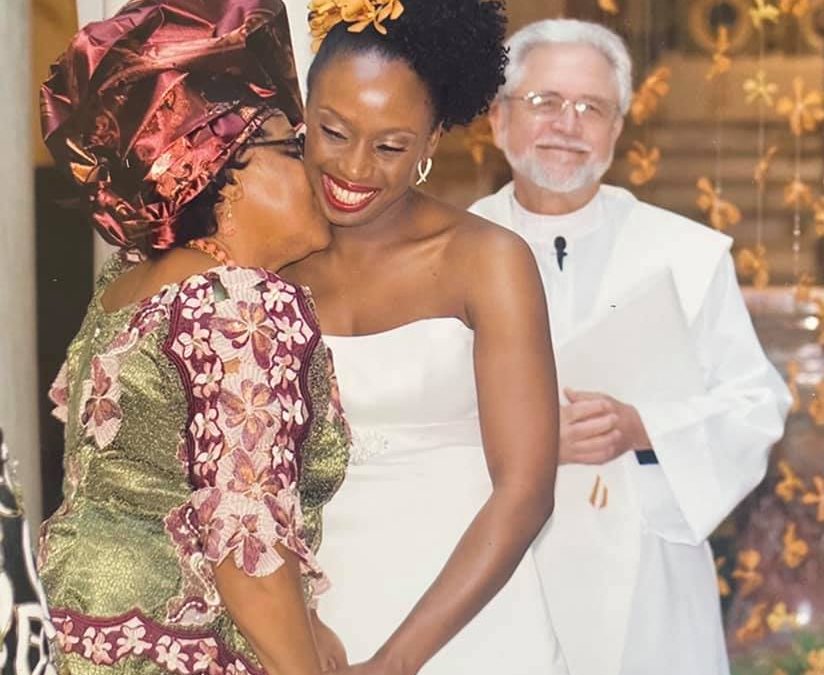 How Does A Heart Break Twice? – Chimamanda Speaks On Losing Her Mom

Recall that on 1st March, Grace Ifeoma Adichie, mother of Chimamanda Adichie Ngozi, passed on, only eight months after her husband’s death. The sad news was made public weeks ago and no doubt it has been such a difficult time for the family. In the early hours of today, Chimamanda made her first statement since the sad event in a moving tribute, titled “How Does A Heart Break Twice?”

“How does a heart break twice? To still be immersed in grief, barely breathing again, and then to be plunged callously back into a sorrow you cannot even articulate. How can my mother be gone forever, and so soon after my father? My warm, loving, funny, kind, quick-witted, beautiful mother. Unconditional supporter and cheerleader of her children, fun and funny, source of delicious sarcasm, style icon, so sharply observant she never missed a thing. She made history as the first female registrar of the University of Nigeria. She was a permanent board member of the Anambra State Basic Education Board ASUBEB. On Friday she was at work, in her ASUBEB office in Awka. Her lovely assistant Mimi said she seemed a bit tired. Still, back home after work, she walked the half mile to St. Paul’s Church for Stations of the Cross.

On Saturday, she spent time in Louisa’s shop, outside the gate of our house in Abba, watching the cars and people on the dusty road. On Sunday, her driver drove her to Mass. Sunday evening she was unwell. She was taken to a private hospital in Awka. We were worried, but a few hours later, she was better, sitting up, eating rice. On the phone I told her, “We love you, Mummy, try and rest.”

The next morning, the doctor sent an update to say she was doing even better. But moments later, he took the sudden bewildering decision to transfer her to the Teaching Hospital, and she was hastily moved there. He claimed the Teaching Hospital had better facilities. “Do my children know I’m being transferred?” she is said to have asked. Two hours after she arrived at the Teaching Hospital, she died. It was March 1st, my father’s birthday.

How does a heart break twice? As the days have passed my disbelief has grown. This perpetual astonishment of grief: Did it really happen? My mother is gone forever? How is it possible?

We were planning for my father’s iyipu-akwa, to mark the end of the formal mourning period, and now I cannot believe that we are planning a funeral. Again.

How does a heart break twice? You discover emotions you cannot name. There is an emotion more hollow than sorrow. There is an acceptance drenched in disbelief. Language fails. Clichés come startlingly alive: the heart is truly heavy, it is no mere metaphor. The mornings so dark you cannot get up from bed, the erratic pulse, the anger, the surprise, the tiny moments of forgetting, the regrets, the doomed attempts at escape. But the pain is waiting. The pain is inescapable. The desperate longing to turn back time, just to see her again, hear her laugh one more time, hug and kiss her. Even if just to say goodbye, even if just to have the chance to say goodbye, to say thank you for everything you did for me and everything you were to me, to say I love you, again.

The questions. Why so soon? Why like this? Has the universe not given us our own fair share of pain for now?

To have loving parents, an entire life propped up by them, and in months to have it all end, so abruptly, with such unbearable finality. O kwerom edi.

So much laughter and teasing and jokes, the easy companionship, the stories told and retold, the time spent. Time. Times makes memories. And now that is what is brutally left. The shock. The sense of sinking, of surfaces giving way, of falling through forever. The world feels wrapped in gauze. Everything is hazy and unclear.

This is how a heart breaks twice, this feeling of being utterly lost.”

Our hearts go out to Chimamanda and the Adichies. May they find comfort.

Performance Poetry Class with Bash, Set to Kick Off This Weekend

Meet the Winner of EBOquills Most-Read Guest Piece of January