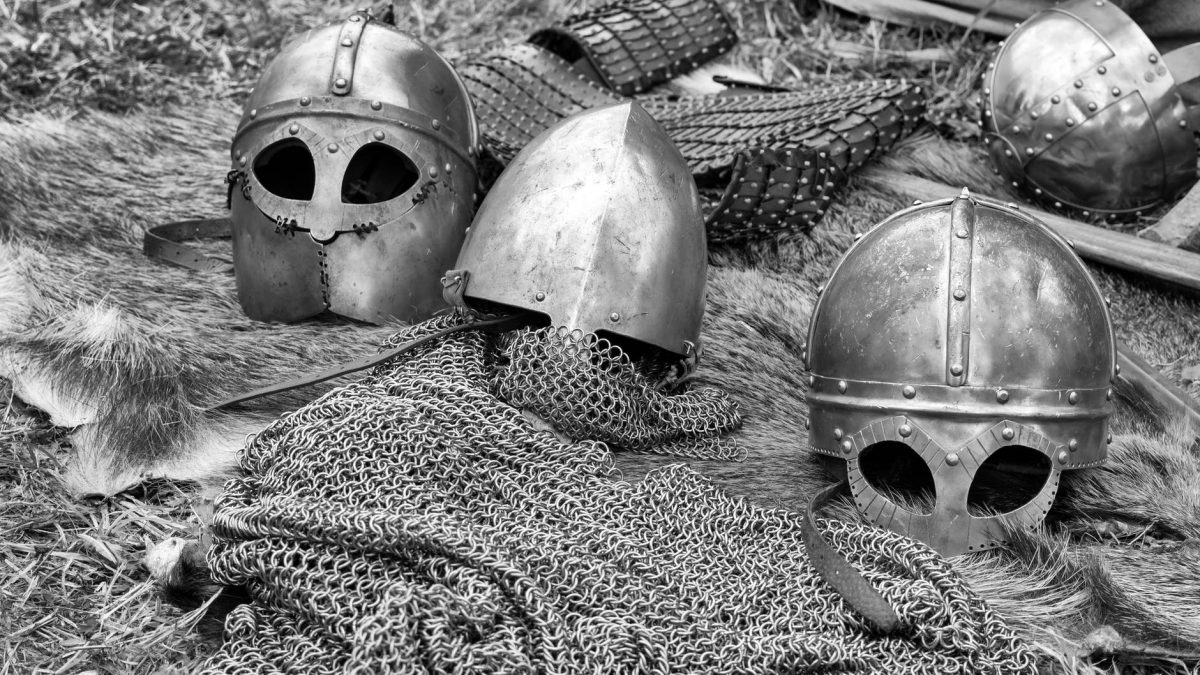 My journey to staring death in the eyes began this day. 1968 was a brutal time in the war. The Nigerian Frontier Force had forced Biafran soldiers deeper into their coven, leaving Lokoja safe. I could have stayed back and enjoyed the fresh breath of peace that filled Lokoja’s lungs. But I didn’t. I had to get to Abor. I had to save the special child. I owed it to the dead woman I never knew.
The Nigerian Federal Government had just taken another stance in the war. A fiendish one. They boycotted human rights and cut-off every food route and network. They swore they wouldn’t lose more men when they could easily end the war with hunger as a shield.
“We can’t be fighting them and be feeding them at the same” They argued.
Hunger was a weapon in whom they found solace. They welded it ruthlessly. While Nigerian soldiers fed on a fattened sheep for dinner, Biafra and her children hunt lizard for supper. Biafran children fell to kwashiorkor. A big stomach, a big head, and thin legs. Hunger wasn’t anyone’s caddie. It takes from you till there’s nothing more to take. It takes your body. It takes you health. And it takes your life in the end.
I wore one of the Nigerian soldier’s uniforms I’d scavenged. It suited me perfectly.
“Colonel Olusola” it reads.
I was a Colonel now. No one dared mess with me. But where was your gun Colonel? Where was your battalion of soldiers?
As I walked further to the Nigerian Army’s camp, I held my breath. One mistake and I’m as good as dead. I planned on impersonating the dead Colonel. It was the only hope of getting a bus to Asaba anyways.
“When is the bus leaving for Asaba?” I barely asked.
There, junior ranking officers had stood right in front of me immediately throwing salutations here and there. I felt majestic. I was overwhelmed with the surge of power this mysteriously-looking camouflaged uniform held. This much power certainly comes with no rest of mind and forever looking over your shoulders. No wonder Ojukwu had been raving mad slaughtering every former Igbo officer that had now denounced Nigeria and embraced Biafra. Fear of a coup much?
He whom the gods wish to destroy they first made mad!
“Sir, the next bus to Asaba moves in few hours, Sir” these sergeants answered uniformly.
They were static. Rooted to the ground with hands in salute. They dare not move unless the Colonel says so. That was military and its unwavering obedience to the chain of command. The stiff hierarchical structure must not bend nor break. The obey before complain martial rules.
I left them standing there in the sun. I didn’t know I was to tell them to ease up. I sat at a porch close to a hastily constructed shelter. I was waiting for the few hours to come. A junior officer quickly came with an umbrella to shield me from the angry sun. I didn’t even ask. Was this how much power these bloodthirsty men in uniform enjoy? Another came quickly with something to eat. I tasted meat for the first time in few months. It tasted divine. I ate like I was chased. I ate like it was my last meal. If only the eyes watching me in awe had known I wasn’t Colonel Olusola. If only they knew I hadn’t tasted meat for months. If only they knew I was going to the East where I might never taste meat anymore. If only they knew.
* * *
I arrived in Asaba on the 7th of October. It smelt of pain, affliction, and sudden death. I saw bodies of the young and old littering the floor like sand in the Sahara. The Asaba massacre had just taken place and I missed it by just an inch. I heard the tale of what happened from obscure talebearers whose stories came with rickety legs. How hundreds of innocent Nigerians had gathered together in harmony, chanting One Nigeria. How Major Ibrahim Taiwo gave the order that tore the peaceful multitude apart with an SMG. How able men and young teenagers saw death in the eye but never lived to tell the tale.
What were we fighting for? The oil fields? The forceful amalgamation? The greed that shone on our leaders’ eyes? Our ineptitude to know what is right from what isn’t had caused us a whole lot. A barren land, orphans, famine, disease, and a raptured country. Was this what we were fighting for?

Asaba to Enugu was a journey to the dragon’s belly. If its fire doesn’t kill, its stinking breath will. Nevertheless, I was willing to have a taste of its delicious heart. Enugu was Biafra’s capital and I knew I would need every Rambo skill in me to make it out alive. First, I ditched the Nigerian Army’s uniform I wore. With it, I wouldn’t have made it five steps into Enugu before getting shot in the head by a mysteriously cranky sniper.
I dare not scavenge Biafra’s uniform too. These Federal troops could swoop in any moment. I became the bloody civilian I was, determined to reach Abor before nightfall. Enugu still stood in all glory. It’s people, ready to defend her territory come what may. I saw people moved helter-skelter. I saw them strengthened the defenses.
The war had become a game of chess. The pawns are first to be sacrificed. They worth nothing anyways on the battlefield. The knights were the next to go down. Taking offenses and making defenses all at the same time.
These innocent Biafran people were the pawn. I wanted to scream at them. I wanted to tell them they were fools for agreeing to become bait.
“Stop what you’re doing and run for your life” I wanted to scream till my words echoed to the ends of the earth.
I couldn’t. I just couldn’t. I walked past them as quickly as my legs could carry me.
“I mere nke oma (Well done o)“ I said as I passed.
That was among the few Igbo words I could pick up. I picked up “Nye m mmiri (Give me water)” and “Nye m nri (Give me food)” too. Those were the two popular words Igbo children who had become a walking caricature were synonymous to. Hunger certainly knew no master.
I breezed easily into Abor, except the few time I’d been accosted by Biafran Soldiers who wore paranoia as armor. According to them, I looked nothing like the East. I bear no incision on my temples just like every other Igbo man and woman out there. They saw me as a threat but I maintained my composure. I’d been through worse moments and these two jittering baby-soldiers drenched in paranoia didn’t scare me.
“My friend, who are you?”
“Nri (Food)” I said
“Aha gi bi nri? (Your name is food?)” They replied.
“Yes, please. And mmiri (Water)” I said again. This time with a smile.
They laughed too. They laughed so hard I wondered if I had put a cheap comedy show on the road with my crudely arranged Igbo language. My first name was food and my last name is water. Hilarious!
They signaled an old woman who came with a plate of Apu and bitter-leaf soup. The scanty leaves swum in oily waters. I saw the tiny meat placed on the mountain of Apu. It had a tail and four legs.
* * *

Christ High School wasn’t hard to find. It wasn’t a school anymore. It was now a shelter for refugees and displaced persons. Its giant billboard paved way for bullet holes. Every letter almost faded off completely. Enugu and its environs hadn’t been particularly graceful. I stepped into the building. Steep silence hugged my ears and filth graced my eyes. Every step I took vindicated the notion, “Biafra wasn’t ready”. The faces I saw were tired of the war and the misfortune it brought with it. The children played around. They were not allowed to step out. What do children know?
I held the picture I had. Showed it to everyone I’d seen.
“Have you see this boy?” I asked.
The picture had seen its best days. It was far from perfect. The texture was weak. The colors fading. A blemish took a larger part of the face. It was still a picture at most.
“Please look closely” I begged.
The answers that followed were affirmations to nothing. A slight head-hook and that was it. No one care to know why I had traveled over 300 kilometers to find a boy. If he wasn’t in the school turned camp, then he was probably dead. I refused to believe that. He can’t be dead. He had better not be dead.
A malnourished young lady walked up to me quietly and signals that I should follow her. Her gesture with the hand made me believe she wanted to keep the attention away. I followed her lead. She walked me to the back of the building. There was nothing much to it. It was stark. Only a crudely made tent with ripped clothes stood between the building and the closed-up fence.
“Who are you?” she asked in a hushed tone.
“A traveler in search for this boy”.
“Why are you searching for him?”
“Why do you care?”
“Then you won’t find him,” she said with a note of finality. She turned back and began walking to the tent. Her abode.
“Nne sent me!” I almost screamed.
“Nne?” she asked.
“Yeah. Light-complexioned lady with a good command of the English language. Straight nose. Brown eyes. That particular Nne”.
I saw her eyes widened the more as I dished out my dead contractor’s physical qualities.
“And she’s dead by the way” I quickly added.
The surge of happiness glowing on her face died out as fast as they came. I was such a joy-killer. She cleaned a tear with the back of her hand. My dead contractor must have meant a lot to her.
“So what will you do with the boy?” she asked.
“Take him to his father. I was told he was special and will fetch me a handsome reward”.
She smiled. A mischievous one. I saw it. It was a combination of a marvel and a smirk. It was the kind of smile I will give to a Jonny Just Come who had thought living in Lagos, the country’s capital automatically makes you a rich man because people of Lagos pick money on the floor like paper. Her smile held to ridicule.
“Why are you smiling?” I asked.
“Do you even know who Ndubisi is? She answered my question with a question.

This is a three-part story, read the first part of Along Came Love, here. You are welcome to read the final part of this story or subscribe to our newsletter to be notified when it is published.

Zubair Hassan Baba is a graduate of International Relations and Diplomacy from Ahmadu Bello University Zaria. He is currently studying a MA. Program in Diplomatic Studies at the University of Abuja, Nigeria. He is Nupe by tribe and speaks at least 4 major Nigerian Languages.

I am a chalice