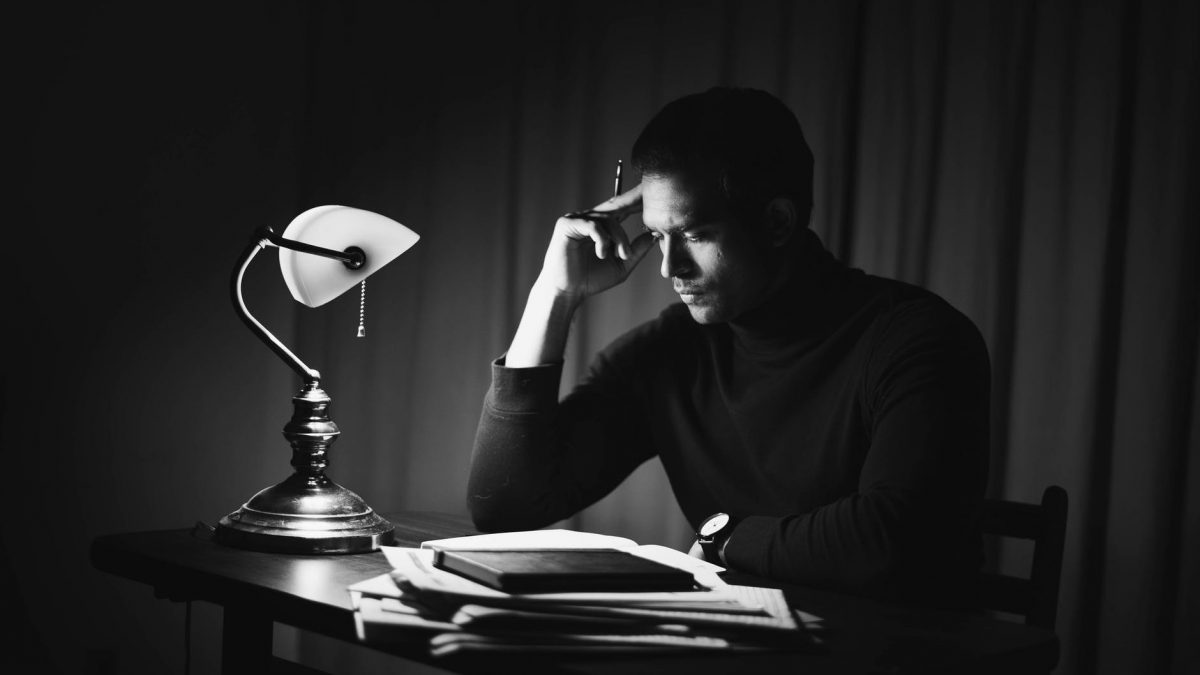 ABOUT IYANDA: A Short Story By Nigerian Storyteller, Destiny Okoduwa

It is the unending thudding of the heart at first; it puts you off totally. The heart burns like hot coals, searing and corrosive. It makes you want to lose grip of his mind and look for a better host, but something keeps holding you back. What it is, you do not know.

This one is a terrible host. If black was subdivided into shades, his heart would be the darkest shade. Of a life trampled upon by earthly troubles, the heart speaks.

You hate the fact that it reminds you of your life when you still had it, of how you let it slip away willingly—Let? You took it yourself, of how everything turned rosy before your very eyes, but you are secluded from the happiness because you had taken it yourself. It hurts more to see how memories of you faded away from the hearts of your loved ones with the passing of each day until there hardly is a tiny spark of you in their minds.

It is the reason you resorted to invading mortals’ minds, and making it your abode, thereby experience firsthand the lives they live—basking in the euphoric and happy moments, and seeping out in their times of sorrow to invade the mind of the next available host. One thing you cannot have a hold of is their unwavering strength of will.

Depressed minds put you off, which is why the minds of the rich had been your target initially. You were of the notion that only the poor get depressed, but you would soon realise, all your hosts carried a peculiar burden in their minds, camouflaged in smiles, a positive outlook on life and a beautiful skin, spotless and fresh.

You love Racheal best, your previous host before this current one. She would always whisper to herself in times of turmoil, “This too shall pass.”

Sometimes it takes weeks, months or even years, but it always passes. She makes you regret pushing the noose and kicking away the stool. You could have waited, a year or two more; maybe your level of perseverance wasn’t as high as Racheal’s, maybe it was just meant to be, just maybe.

Iyanda is the name of your present host. Shuffling an array of suicidal thoughts in his mind is his way of taking a breath of fresh air from life’s troubles—imagine the taste of bread dipped into a bowl of Sniper. How sweet!

He has only come this far because whenever he tries to execute these thoughts as they creep stealthily into his mind, you whisper, “Don’t.” Sometimes you’re forced to scream when he refuses to listen. He thinks it’s the voice of 𝑇𝒉𝑒 𝑂𝑛𝑒 above, so he would press his hands against his ears firmly and say over and over again: “Take me if you won’t help me, or let me do it myself peacefully.”

Then he would let his tears form wet patterns on his sleepless pillow, his mind wading through the next means to try: overdose of pills, Potassium Cyanide, the list goes. And when he finally manages to drift into slumber, he would dream; it is always the same dream—jumping off a storey building but never landing.

He has never tried using a rope. He fixes today for the hanging spree—as he thinks it. The clock strikes one. He rolls out the yarn of rope, fiddle a little with it before he gets the loop into a perfect noose, and hangs it on the ceiling fan. He positions himself on the stool. The stool makes a scraping sound on the floor almost tripping him over, but he struggles and balances himself.

He is about to put the rope around his neck when you say to him, “It always gets better, it is getting better, it would always get better. Too bad you won’t be here anymore when it does.”

Then you seep out of his mind, and off you’re about to go when you hear a clank. You hover around. It is the fan, but Iyanda is not hanging loosely. He is standing. How do ghosts heave a sigh of relief?

Destiny Okoduwa is an emerging storyteller. He spends his time between teaching primary school pupils and weaving words into stories. When he’s not doing any of the above, he is weaving hairs into beautiful patterns to alter the appearance of women. His work has appeared in Nnoko stories. Okoduwa writes from Ogun state, Nigeria.

One Poem By Ayodeji Oje

Two Poems By The Dark Poet