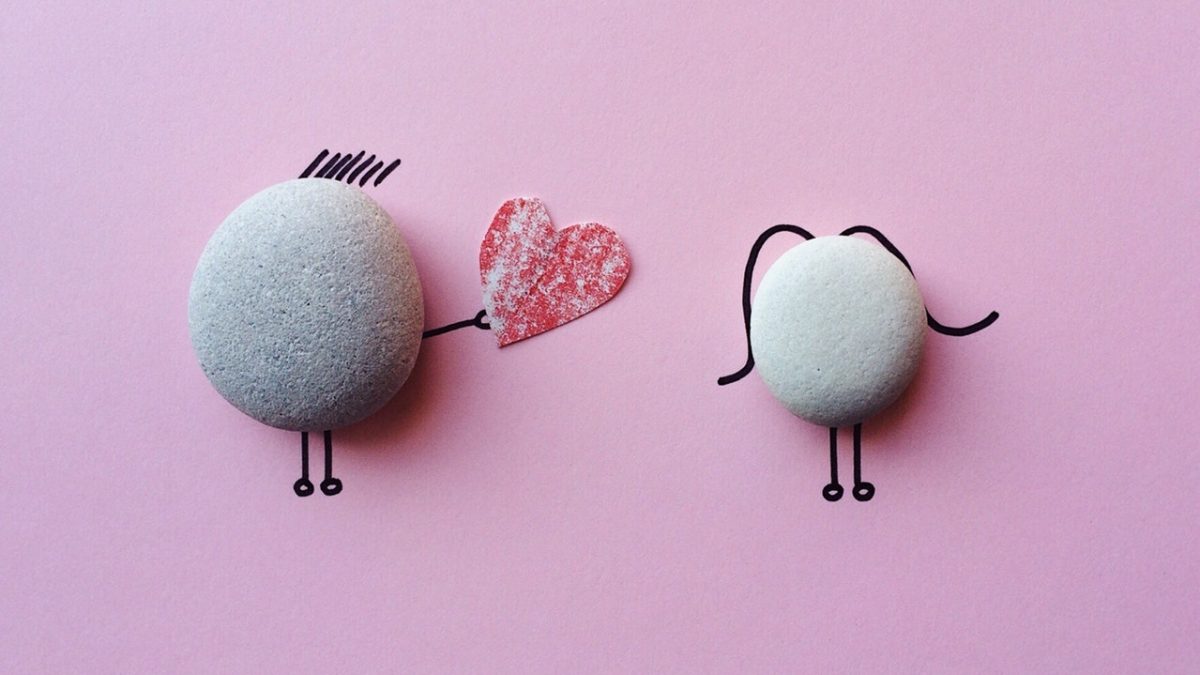 The first time Vivy met him, she had just left the library and was cycling to her hostel that evening. She was wearing a pair of blue shorts, a cream T-shirt and a  face cap to match. With her tablet in a backpack strapped to her shoulders and her headset in place, she listened to Passenger’s “27 years”.

As the evening breeze sweetly caressed Vivy’s dark skin, she began nodding to the beats of the song she was listening to and suddenly she tripped and landed heavily on her left arm, which began to hurt so badly.

The two guys who she had earlier ridden past hurried to her aid. One of them who later introduced himself as Nonso carried her on his shoulders to the school clinic, while his friend trotted behind them wheeling her bicycle.

Vivy tried not to cry, but her arm hurt so badly that she couldn’t help it. The doctor said she had a dislocation and would take a while before she can use her left arm.

When Vivy realized that that meant, no cycling for a while, she cried all the more. Nonso stroked her shoulders lovingly and unlike his friend, he didn’t hurry to leave.

At 11pm when Vivy drifted off in a peaceful slumber, Nonso took his leave, hoping that she would be well taken care of by the nurses if she needed anything.

When she woke up in the morning, she found a note by her bed

The note soothed her and made her smile. “This guy must have some ties with the Good Samaritan!” Vivy thought as she slipped the note into the pocket of her shorts.

Nonso did come and never left her side until she was well again. You know, most men woo with words, only a few, like Nonso, woo with deeds. Vivy connected with him so fast and for the first time, she was beginning to feel that she had found  a guy who not only impressed her but thinks at the same wavelength.

Everything happened too fast and the graph of their relationship was nothing near normal. They hung out often. Nonso talked about his family- how his father passed on a decade ago; his childhood- the bullying he had to endure from his elder brother; and his dreams, to ditch his law career for any lucrative business.

The most fascinating thing about Nonso was his sincerity. If he was broke, he didn’t act otherwise. He had only three shirts but he never appeared untidy and he always wore a sweet cologne. He shared even the smallest things, from hugs to food, he brought Vivy home-cooked food many times.

The first time Nonso received her in his humble home, he did so, proudly. He brought her to his room. It was the most unusual room Vivy had seen in her entire life. The whole structure was made from roofing sheets and it had some ceiling boards on the inside, both for cushioning and temperature regulation. The floors were made from concrete and they were two small windows on either side of the room.

“Vivy, I used to share this room with younger bro, but he isn’t here now, so it’s all mine.” He said, while combing his hair.

“And…” he continued, ” I know this place isn’t so presentable but I brought you here because there’s nothing to hide.” He added.

Vivy smiled and changed the topic almost immediately. “Who is this?” He handed him an old black and white background photograph from the small wooden table which she had been leaning on.

“Oh, that’s my mother. She will be home soon.” Nonso replied as he led Vivy to the small living room which was as well, very far from magnificent.

Vivy and Nonso talked about everything. He was a great listener and knew how to proffer creative solutions to almost any problem. He was also an excellent cook and by the time Vivy added all these and knotted the fine ends, she began to think she had met her man.

It was one of those rainy nights in August. Nonso’s mom was away for a funeral in Abia. Vivy knew he would be home alone. So when he asked her to come over, it didn’t come as a surprise. She expected it.

She knew it was their opportunity to finally kiss without having to wait for darkness to hold a curtain over them. Dating a guy who lived with his parents came with a number of problems. Well, Vivy didn’t know this, he was her first.

She tried to make up excuses on the phone.

“…but hun, I have assignments to hand in tomorrow and…”

“And who said you can’t do those when you are with me? I will even help you if you let me”

Nonso said with a reassuring calmness and that was all Vivy needed to leave her hostel and head for his place.

On her way, she thought about Nonso. There were many things about Nonso that made him irresistible. His beautiful eyes, those two shone brightly like gourdlets of light. His brown hairy skin, it contrasted beautifully with her dark skin. She often wondered how masculinity couldn’t take away its supple smoothness. She loved his voice too, the way it seeped into her soul when he sings to her during their evening walks, with her arm in his.

Vivy who had one at time vowed to find for herself a tall man to compliment her petite self was now in love with a short man who not only had a large nose but was already battling a pot belly at 24.

Her heart raced when she stood by Nonso’s door. Thoughts of whether she was doing the right thing ran through her mind. She was only 20 and had never spent a night with a man before.

At the first knock, Nonso opened the door but he ignored her open arms. It was unlike him.

“I have been waiting for you. I thought you changed your mind. Maybe you picked one of those your contingency boyfriends over me, especially because you were busy making up excuses why you couldn’t come keep me company. You…”

“Stop it, Nonso!!!!” Vivy said as loud as she could. Only then did Nonso stop talking.

I am not a professional storyteller but this story will not let me. I have watched [relation]ships sink and I cannot but agree with Benjamin Franklin, who said ‘It takes only a small hole to sink a great (relation)ship