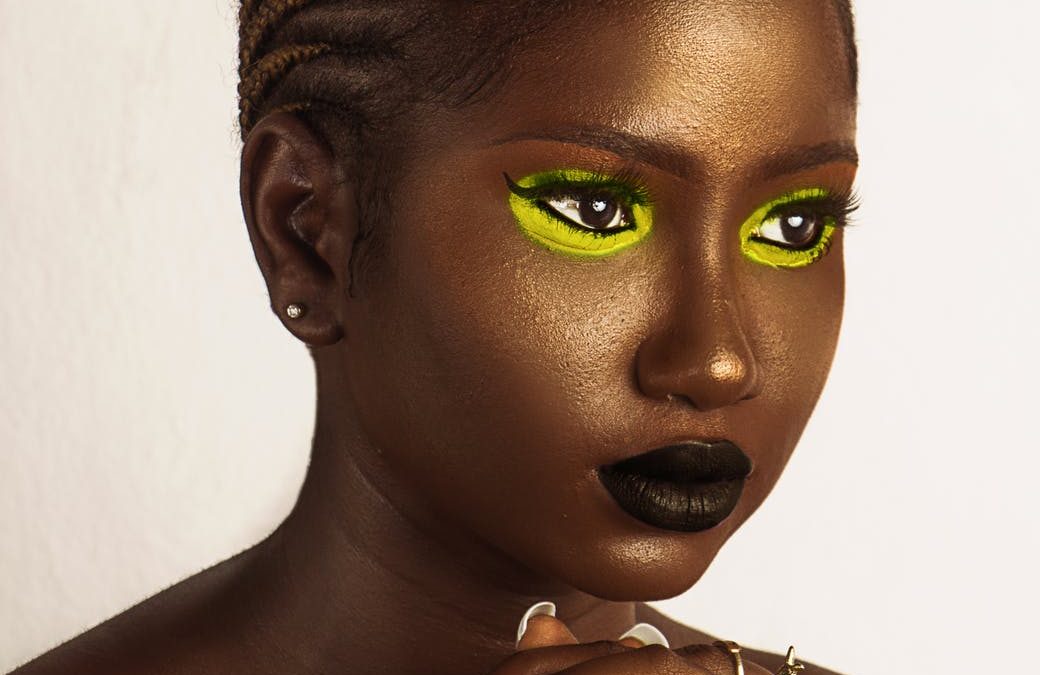 “Let us pray” — you smile, crouch forward, huddle together
In a semicircle, and press together your palms.
Well, then — let’s see: try to keep your smile
Wide as it is now — when we’re done.

For fire, blazing red, virile, pure, we pray.
The same that burst open the gates of heavens
At the behest of Elijah; licked up stones,
Wood, water, and sacrifice.

That it now consume you; lick, singe thoroughly — ear-to-ear, fontanelle to feet.
You who laughed, beamed crooked teeth
Like voracious hyenas at a feast of carcasses
Watching as Uhuru flailed desperately on thin stilts.

For smoke to emerge as the flames grow!
That you retch and belch and choke
As it stings, itches, permeates everywhere until (on till)
All that remains is truth, naked, burned through flesh — leaving charred bone and ash.

That it inundate your palatial cornucopias; flood your ear canals; nostrils with pungency
Drown you and your avaricious ambitions in its thick viscosity
Until life becomes your sole, gasping wish.
Until your wish becomes mine; becomes that of the emaciated lad from Gwagwalada.

Yes; for noise, loud as clanging cymbals, we pray!
The same that, unified, emerged from a million mouths
In Lekki, Port Harcourt, and the North.
Noise like a relentless, jarring earworm.

That it itch your ears; hammer them to quivering submission,
Curdle your duvets into thick tacks; bid your eardrums beg for relief
As the cadences and vibrations threaten to rupture them.
Noise — noise so loud, it can no longer be ignored.

And now we pray
Eyes lifted to heaven, where Providence resides;
Feet rooted firmly in the muddy soil
Where our ancestors’ bones sleep.

For fire with the appetite of a bear and the rage of a tiger, we pray.
The same that burned in a hundred thousand hearts
That — like Apostles at the Pentecost —
Willed beaten-down bones to seethe of unity.

That it sear its way into the youth,
Firing the embers of virility and fury
Into blazing furnaces of bravery and indefatigability:
Heat the steel for the anvil, to hammer prosperity into tomorrow, and today.

For smoke to emerge as the flames grow!
To cast over avarice a blinding fog
That, like a derailed freight train, it casts its heavy goods askance,
Shamed, rolled in dust; invisible, cast like a pariah from public view.

For blood, thick, red, flowing like the Niger!
That it inundate the veins of the Niger-folk,
Port adrenaline and dopamine to cobwebbed sinews;
Inebriate muscles, hands and readiness with life.

That it water the seeds of change,
Buried deep among the earthworms and tree roots;
Drown the scuffles for self in its lotic abundance,
Till all is unified; blood, and one.

Yes; for noise, loud, like clanging cymbals, we pray!
The same that emerged in interspersing crests,
From throngs in Lekki, Port Harcourt, and the North.
Noise like a relentless, piercing, wake-up cry.

Noise like the percussion from a thousand cowhide drums
That sets the Siberian tiger’s heart a-pounding, steps a-marching,
That yanked the bare-chested Zulu, armed with his spear, from his imizi,
Noise — noise so loud, it can no longer be ignored.

Victor Femi-Lawal is a Nigerian medical student who enjoys writing because of the unparalleled powers of expression it grants, the clarity it inspires, and the tomorrows it helps birth. His works have been featured (or are forthcoming) in Odd Magazine and the Kalahari Review. When not enmeshed in YouTube or study, he can often found in his Rivers home reading, listening to music, or crafting quatrains to an orchestra of coconut trees. You can also find him on Twitter, @vickthurfl01. Pic available

Apply For the 2021 A Public Space Writing Fellowships