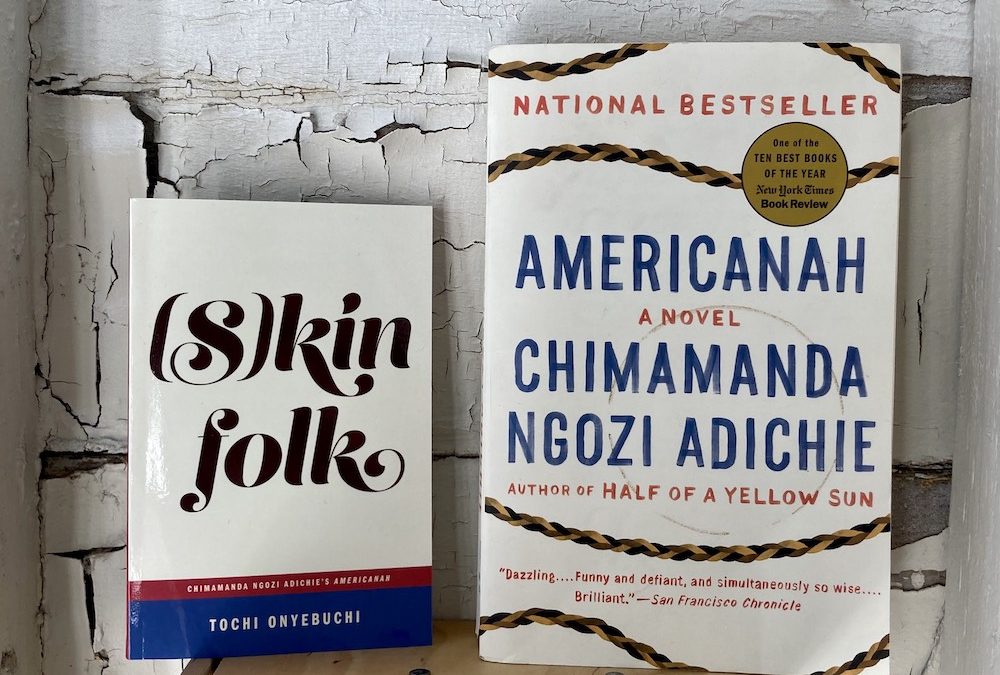 According to Onyebuchi, his new book, “use(s) critical analysis of Americanah as a pretext for writing about my political education, my love life, Palestine, Paris, and Mom…”

The US-born writer has authored several books, including Riot Baby, an adult novel that won him an Alex Award.

Here’s what the publisher has to say about (S)kin Folk:

“When Did You First Realize You Were Black?

Provoked by the fraught relationship between the African continent and American culture in Chimamanda Ngozi Adichie’s Americanah, acclaimed Nigerian-American novelist, Tochi Onyebuchi takes an emotional and intellectual journey through his own education in Blackness—his first loves, his introduction to politics, and his eventual commitment to the struggle.

Ranging from Paris to a Connecticut boarding school to a harrowing walk through the streets of Palestine, and touching on lessons from Frantz Fanon, Sylvia Wynter, Mohsin Hamid, August Wilson, Dear White People, and Black Panther, Onyebuchi blends memoir and cultural criticism to explore the ways in which identities, like diamonds, are pressurized into existence by suffering, and how “the other side of suffering is self-determination.”

(S)kinfolk culminates in a trip to Nigeria, the homeland, where the author realizes that “we share a future,” as Black Americans and Africans, on this “asymptotic journey” toward self-actualization.”

One Poem By Joshua Effiong

How Does A Heart Break Twice? – Chimamanda Speaks On Losing Her Mom

7 Literary Platforms Open to Submissions, 5 are Open all Year Round

Opportunities for Writers with Deadline in May 2022