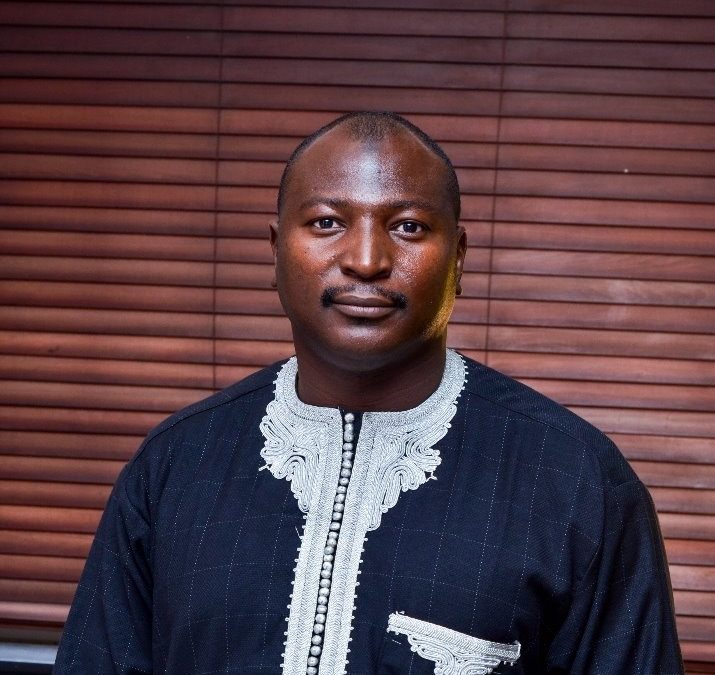 Surrealism and a Harvest of Ekphrastic Poetry: A Review of Sidi’s  Like Butterflies Scattered About By Art Rascals

Whether we categorize this collection as a dissection of artwork, a sublimation of paintings or both the thoughts etched into canvases and those left on a palette, we would not be wrong. Umar Abubakar Sidi has very well proven that he wields the ability to hear the whispers of paintbrushes and interrogate artworks till they let up their artists’ deepest secrets. Encoded in Sidi’s creative DNA is the surrealist trait to transcribe the stroke of paintbrushes and interpret the mumblings of colors and this book of poems— Like Butterflies Scattered About By Art Rascals— is a testament to it.

The author not only calls his reader’s attention to the poems trapped in the sigh of an artwork ‘gazer’ and ‘the striking pose of the looker’, but he also harvests bountifully from this ripened field of ekphrastic poetry and flaunts his bounty with such enviable grace. All through this collection, by wielding an eye for art and fingers for the finest words, Sidi establishes himself as a master of ekphrasis. One outstanding example is seen in the poem, A Surrealist Interpretation of Rastafarian Painting & Jazz or Definition of an Idealist Rascal (pg. 38)

“… The resultant effects of the bludgeoning

in the Museo de Surealisme is depicted as the sigh

of the gazer, the striking pose of the looker & the

hidden identity of the interpreter especially if he is

a poet who welcomes morning with a steaming

It is impressive how Sidi cracks art open with delicate care and not the jagged tongue of a critic. He seems determined to help his readers make sense of art despite the (artists) rascals’ attempt to hide certain details. In the opening poem, he confirms it:

“…A painter may create a secret order of things

where different strokes suggest a gathering

of masks and spirit animals…”   Gathering of Spirits (pg. 1)

Although he neither attempts to shed light on why artists lock away secrets in the crevices of paintings and artworks nor why brush strokes are mere suggestions to solving the framed puzzles, he simply takes his reader along on an adventurous ride. A ride that very well simulates a day spent in an art gallery or intercontinental art exhibition. What could be more refreshing?

It is certain that every reader would appreciate the organicness of Sidi’s language. The way it flows without impediments, like a river meandering in its tributaries. How all thirty-two (32) poems in this collection do not need to be broken into sections as is typical of anthologies makes every poem seem like a rhinestone on a bangle— maintaining individuality but linked into a beautiful whole, together. He acknowledges the dazzling feeling his poems could provoke with their swift digression from the generic in the poem, The First Manifesto or the Survey of the Eye (pg. 27)

“Poetics is a choice made on instinctive personal grounds,

it is the opposite of the expected, it is the spontaneous

gaze, a criterion on the notion of the marvelous…”

At every point, Sidi appears to be transcribing the mumblings of his muse, leisurely but with such admirable skill and creativity. His work seems to open a window into the reason why the gods could be more open to selecting poets as scribes. Because his lines, though playful, are punchy and provocative. He comes off as a poet who would not betray his art for any reason. In fact, in the poem— In Playing Avant-Garde or Theory of Dream (pg. 44) he admits that his poem is “sketched with intuitive fidelity…” I think the reward for such loyalty is authenticity, an enviable one at that. Quite obviously, this poet has generously poured out libations to the gods of creativity and there is much more novelty to expect. Safe to say, we have not scratched the surface.

While enjoying the fluidity of language, and the urgency in the author’s voice, the reader is shuttled between surrealism and the metaphysical. With metaphors that tickle the imagination and a style that deflects from the familiar, Sidi successfully keeps things interesting despite the abstract nature of his work. There is a melange of emotions simmering in his lines. Both light and dark emotions make this collection a microcosm of the real world. Despite admitting that a poet can sometimes be at the mercy of his creation, as seen in the poem, Body or the Metaphysical Investigation of Desire (pg 30), “…Poems become ravens, each desires to eat the eye of its poet for supper”; the poet works in some vulnerability. He bravely takes the reader through what I like to call ‘private’ rooms in his life, as in the poem; I Can’t Be Present (pg. 85)

“I can’t talk about mother & tears that pour backwards

into the capillary of soul, about grief & how she eats my

This collection seems like an open letter to creatives— artists, critics (pg. 85), novelists (pg. 13), and poets (pg. 55). He seems to echo the opinion of Robert Ingersoll about the common deviant personality of poets in Notes to a Poet in Search of Matter

“People of our path

Have disregard for systematic activities

& the functions of nature”

The rebellion in Sidi’s tone is only typical of an artist in the final stage of attaining authenticity. Clearly, his allegiance is more to his muse than to his readers. Something he seems absolutely unapologetic about. Like a veiled bride meant to be unveiled only by her groom, Sidi’s writing chooses its audience with such deliberateness that might be troubling to critics. The cryptic language and experimental style mandates that his work be read with the aid of literary lenses. Hence, while many think of literature as a dialogue (between author and reader), this poet seems to have a different view as seen in The First Manifesto or the Survey of the Eye (pg. 27) “Poetics is monologue…” Perhaps, this is why the door into his work is not open to one and all.

In Like Butterflies Scattered About By Art Rascals, history and prophecy sit side by side with no trace of animosity. Sidi manages to be a creative and a critic at once. He does not attempt to teach the painter what paint needs to be on the palette or influence the stroke of his brush. Rather, he pens an ode to art and criticizes the craft— holding the painter accountable and embroidering the moments of art appreciation for the viewers. He delivers on his social responsibility as a writer, who Ngugi wa Thiong’O describes as the conscience of society. He calls out perpetrators of evil “…the evil preacher peddling the venom of hate as ‘Epistle of Truth’…” (Body or the Metaphysical Investigation of Desire, pg. 30) and laments the current state of the society thus; “I can’t be present in this land where demonic forests now sprout in the souls of children” (I Can’t Be Present. Pg. 84).

More often than authors are willing to admit, every new book is a continuation of the conversation with their audience. Sometimes unconsciously, they pick it up from where they dropped off— strengthening the bond with their readers, unfurling and opening up their art all the more. Sidi’s new book seems to fit this description. The anthology felt like a new dimension to an old conversation— familiar but fresh at the same time. It seems like an invitation to explore the new in a manner that provokes nostalgic feelings about his first collection—The Poet of Dust.

The distinctive voice, clever metaphors, and art illustrations come together to make this collection— Like Butterflies Scattered About By Art Rascals— an interesting read. Reading this might feel like a visit to an art museum, but you do not necessarily have to be an art collector or enthusiast to enjoy the tour.

One Poem By Meshack Ifada