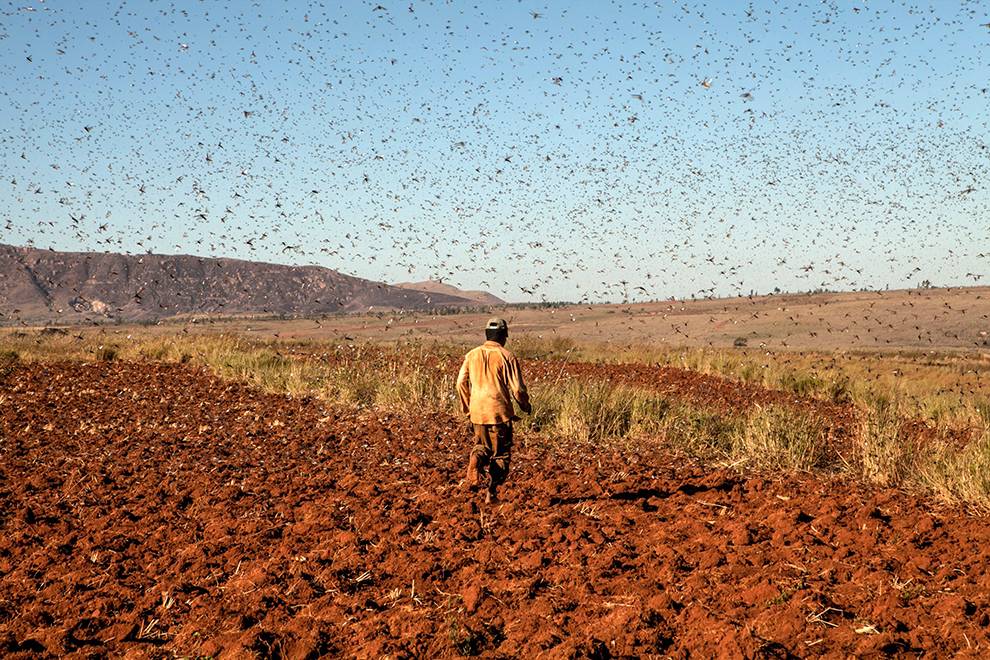 They said the moon would weep with us when death

eats supper in our huts but as soon as the sun slept off,

Watch how you hold the words of this poem ‘cos they

are stained with blood from my brother’s neck.

&Night is the scaffold on which he was murdered.

Our farmlands hum a familiar tune, with its lyrics in the

mouthparts of a swamp of migratory locusts whose

wings are death’s blade &the messengers of holocaust.

in our land, sunset is a pallbearer, his shoulders bore the

cold lyrics of dirges, wrapped in shawls of beats to the

internment of my brother &his child, the one who drank

from the calabash of death ever before he tasted life

At the confluence town where the flood &blood meets,

history weaves a bridge with the bones of the fallen,

&hate together with vengeance readies to walk thereon.

as surely as the smoke from our burning grief ascends-

owes Tomorrow apologies. for this smoke, is the undying

voice of a fire that can reduce love& unity to ashes.

on Makurdi’s lips, the day is coming when their silence will

full blown war, & they’ll see that silence is not a blank sheet;

it is a note of affirmation, written with such tiny fonts that

becomes legible when placed under the microscope of logic

So, when a man who has shared a table with wars &knows

the bitter taste of abattoirization, decides to roast his regrets

in the coals of counsels, salting it with tears &oiling with sighs,

our mouths must eat some for dinner &make reserves for breakfast.