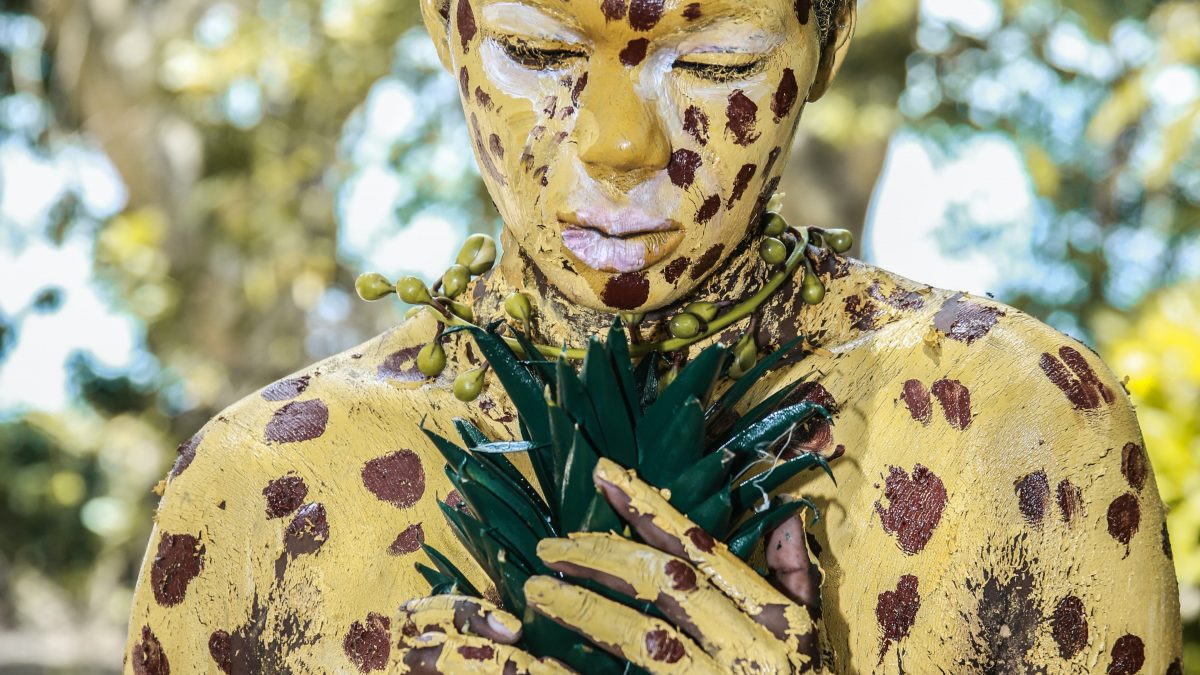 My Grandma is an adept sage in sketching fairy tales. She drew peace in an image of a white-bearded old man. Who sat by the fire in the twilight, smoking a pipe and eating kola-nut. Surrounded by children of the clan, clad in sack clothes and bare skin. Who sang moonlight songs, danced to the tune of pleasure, and to the drumbeat of luck around the bonfire.

Little children of nature whose life knew no bitterness, whose breath were filled with the air of happiness. They ate the bread of laughter and also drank from the spring of fortune. They lived in the house of plenty and slept in the midst of many.

I was told that peace resided in our land until the Children of the sun came to our abode. The Children of the sun with skin as white as the Nightingale which sings in the forest of wisdom. They came into the land like a gentle breeze blowing the wind of change. They wheedled us into letting them into our father’s land to till our soil of blessing. To harvest our bounty of greatness and uproot our tuber of sweetness. To direct the affairs of the house and lord over the royal highness.

The white-bearded old man retorted that the youth be vigilant or the elders will be compromised. “The warning is clear, the Children of the sun will cart away our treasury, slay us in thousands, and seize the land of our fathers”, He said to them. But the pleasure of shinny trinket from the land beyond the seven hills and wine of the Gods brought by the Children of the sun had diminished the perception of the elders.

The white bearded man was displeased and so he decided to abandon the land of our fathers. Then, the Children of the sun descended on the clan like a swarm of locusts attacking the newly sprout legumes. They plundered the land and carted away the goodness of the multitudes in their basket of greed.

The maidens of the land were defiled in the eyes of their fiancé and many who revolted against the judgment of injustice were put to sword. The land laid in ruins and the elders longed for the white bearded old man to return from his never-ending sojourn.

The clansmen were unhappy because the Children of the sun were now lord over the land of plenty.

The smell of liberty, just like a whiff of fragrance to be perceived by the children of the clan had drifted away from where the nostril of the wise could reach it. And the younger generation were slaves to the offspring of a proverbial history, hoping to catch the glimpse of how it is to see beyond the fairy tales. They held on to this belief and hoped that, one day, like the proverbial phoenix, peace will resurrect from the ashes of death.

Here, my Grandma stopped to take a sip from the elixir of knowledge in the black pot and wiped her mouth with the tail of her raffia wrapper. And she blew off the candle of truth bidding us a good night.

Throughout the night, I dreamed of laughing fishes, happy goats and smiling cowries. And I wondered how it feels to drink the palm-wine of tranquility after eating the yam of harmony. I wish to be like my Grandma, surrounded by the children of the earth, listening to me eloquently as I recount the tome of liberty.

Just like my Grandma, I wish to narrate this fairy tale to the children of the contemporary world, the African tale of freedom.

Omoniyi Wasiu Abiodun is a 27-year-old, final year medical laboratory science student of Ladoke Akintola University of Technology, College of Health Science, Osogbo. He is a writer of fiction, and poems. His hobbies include writing, reading, volunteering, and traveling.

Photo by eric montanah from Pexels

One Poem By Ayodeji Oje