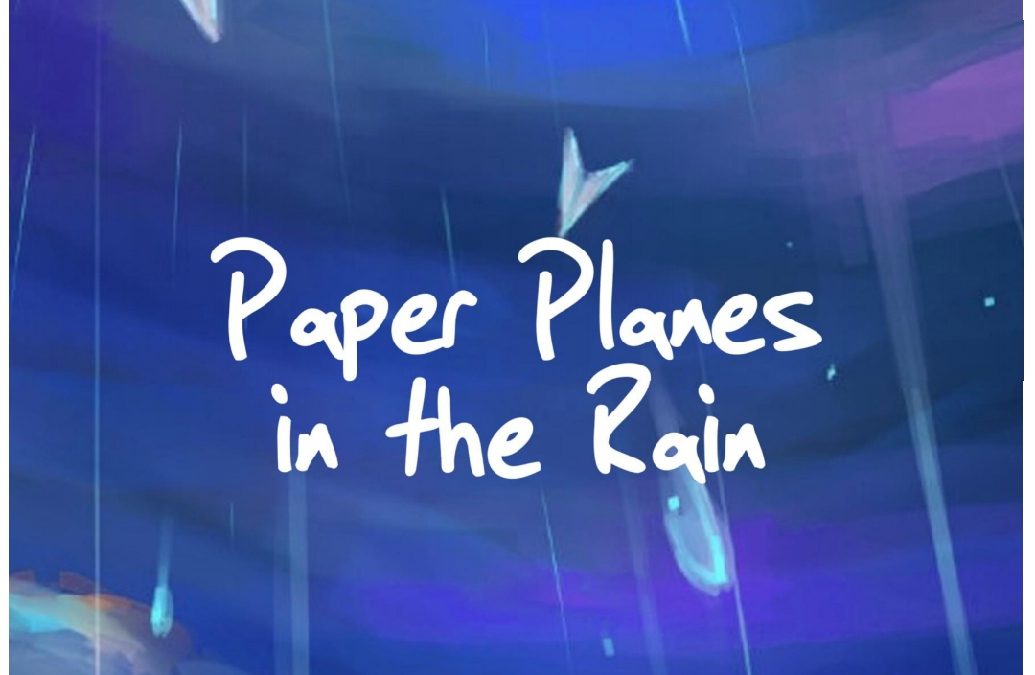 Title: PAPER PLANES IN THE RAIN (A collection of poems)

The opening poem – PAPER PLANES IN THE RAIN- of this collection ends with a strong rhetoric which ignites a fire in the reader’s mind. A fire which after reading the last poem in this anthology would have grown into a wild and erosive inferno. One that might burn a few layers of the faith you hold so dear.

& would send rain to crash your kite?”        leaves a rippling effect. Like most of the questions in this anthology, the question is pregnant with other questions; ‘does god get mood swings?’ ‘so the rains are not just harmless conical water droplets?’ etc. Although, I think the use of ‘god’ is a deliberate attempt by the author to milden the effect of the question, but if you have a magnetic mind you will see a fraction of our reality in it.

Worthy of note is the dexterity with which Jide digs his pen through the intestine of our so loved faith to extract the gall of its juicy gospel. In his poem, NINE STITCHES, he opens a new perspective to the mustard faith and mountain allegory which Jesus used for his teachings.

“I stood before the mountain without fear, it stood its ground!

I had to climb to get to the other side- faith needs a horse to drive the wagon.”

What is more fascinating about Jide’s style, is the brevity of his pieces and the simplicity each one of them exudes. In ENCORE, a 5-line poem and HOPE, a 3-line poem, he shows us that poems can be like kola nuts, small but shareable when we split it open.

I’d like to refer to PAPER PLANES IN THE RAIN, as a wall-less two-room apartment painted with the same color. Because Pamilerin’s work, like Jide’s is thought-provoking. He writes with a certain finality in his tone, as though he were an oracle. His voice is not shaky, like an old man who is not sure of the things that have happened around him and wants to state his view in such a way that it does not antagonize reality. He writes as though his metaphors have been researched and experimented upon in a lab and has grown from mere hypotheses to proven facts. For instance:

Who sees a fountain and grieves

For the rock whose skull was cracked.”

Interestingly, Pamilerin reinvents himself in every poem; from a lover to a broken man, to a babysitter for our neglected environment or that person who burrows into songs to harness lubricants for the joints of his soul. However, his style and the structure of most of his pieces, mirrors the chaos in the heads of writers and thinkers. With each piece, he seems to ask, “why should we mutilate the truth? Why should we make it less corrosive?”

In his poem-  I SING SAM SMITH’S FIRE ON FIRE IN THE SHOWER & THE WATER BEGINS TO BOIL, he hints us on a possible reason why his thoughts pour into every poem with the same haste as water pours from a broken pipe; “… I do not want to die with …

a poem hiding in my fingernails”

Every thinker who lays hands on this collection will have a hard time getting their scoop to the hilt of this well of wits. I recommend this book for (mentally) adventurous and open-minded people who have demolished the walls of fanaticism and its variants of extreme religiosity.

Need an Editor? We’re Here For You!