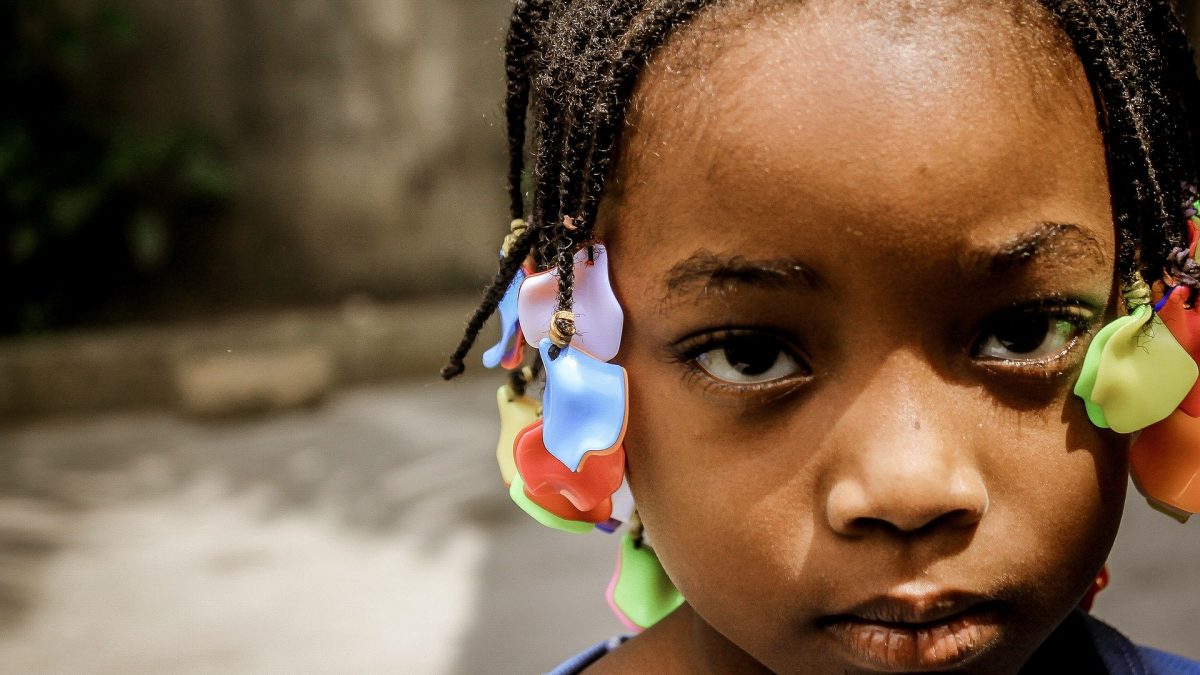 Kamarana wanted to die. At first because of the stinging pain between her legs and the stickiness of the clotting blood that trickled with lazy effort between her legs. But now though she feared she would die of something worse, of that crushing waves of trauma that was eroding her consciousness, her sanity. She feared she would forget the things she ought to remember and feared they would haunt her if she remembered. She just wished she could stand suspended between remembering and forgetting.

She did not remember his face now although she knew she would remember it later, but now her memory was like a rough stone beneath waters, burnished smooth from years and years of water eroding the surface, the substance. She remembers his hands on her chest, squeezing her hard, unformed breasts. She remembers her effort to push them away, it was so airy in her memory that she wasn’t sure if it had actually happened. She remembers her gown bunched up above her navel. She remembers the quick slash of his blade, and the threatening look to slash even more if she as much as flinch. She remembers her trembling stillness and her airless lungs.

Kamarana couldn’t remember how long it lasted, but she remembers his throaty moans as he came. She hates it though that she remembers all of it. But the pain she had felt, that numbing pain as though he was tearing her body away from her was what she struggled now to remember. But it felt as though someone had erased there and left only the faint stains of the pencil line. A well-schemed effort to erase memory but leave its shadows haunting you.

She managed to stand and look up at the sky. Everything was still the stale sameness of washed skies and washed out clouds. Couldn’t the heavens cry, for her misfortune, and drizzle out a little tear in the same rhythm her blood clots? She needed to wash herself. She watched him packing his goods into his shop preparing to close for the day as though nothing happened. She did not look at his face; she was afraid of what she would find lodged at the corners of his lips.

She went to the nearby well where girls of her age gathered to fetch water- or the pretense of fetching water. It was getting dark. She stood in the lazy line of people, buckets or stones, anything to retain their position in line. The girl whose bucket was in front of her stared at her with soft wounded eyes. All right, ‘she sees me’ Kamarana tells herself. She knew this girl could see pain, somehow. Perhaps she was one of those girls pastors poured bottles and bottles of olive oil on their head and watched the oil drizzle down bombing them with prayers, casting demons. One of those possessed girls.

Just when Kamarana thought she would come to hug her and be sorry for her, and tell her to write her little secret on her palms, to splash their colors in the canvass of herself, the girl looked away. Something knotted itself in Kamarana’s throat. When her turn came, just after the girl with soft wounded eyes, on whose life Kamarana wanted to paint her pain in haphazard colors, she lowered the pail in the well and thought of her drowning of her pains staining the water in flushed red. Or maybe in strange colors no one had ever seen. But she didn’t jump. She pulled out the pail. She had no bucket. She scooped the water from the pail and washed her face, hating the water for being cold, for diluting her tears. She poured the rest on her thighs, wetting her dress, hoping the water would wash the dried-up blood, and wash away the tiny pebbles of pains that lodged somewhere between her. She did not want to scrub herself. She loathed herself.

Kamarana wondered what to tell her mother now. She would not believe her. She would think she was being mischievous, cooking up a lie to avoid going to Saheed’s shop to buy potatoes. Kamarana thought how to ask her mother if two extra potatoes was worth the innocence of an eight-year-old, how to tell her mother how much she hates potatoes now. But she knew she would say nothing. She said nothing when her mother asked her of the potatoes or the money. She kept her eyes fixed on her mother hoping she would see the haze of pain that clouded her being, see the knot that choked her throat, see the gash on her chest, that shallow ravine of blood where Saheed’s knife had threaded quiet pain into her soul, notice the stickiness between her legs, and her labored steps. But her mother slapped her and called her possessed. Possessed. And Kamarana thought of the girl by the well …

Ejiofor C. E. S is a writer and medical student passionate about telling the stories we choose to forget.

The Quramo Writers’ Prize, worth 1M is Open for Submissions