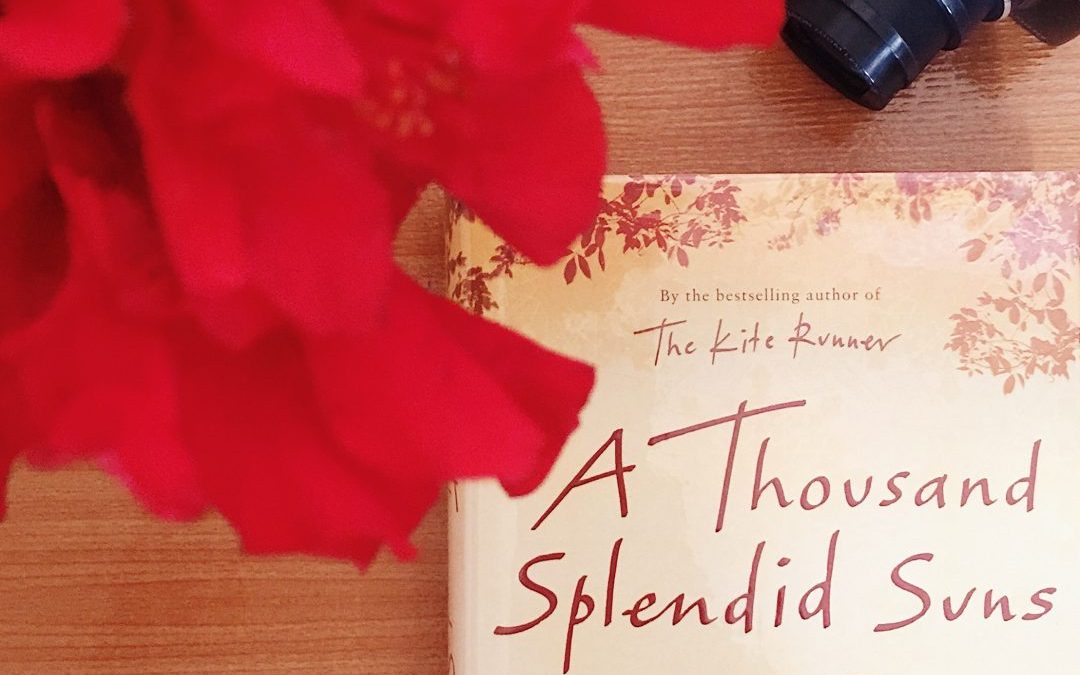 It’s 7 am here. Cold harmattan air is pushing in through the window. I am wrapped up in my soft floral-patterned blanket, reading the last few pages of Khaled Hosseini’s A Thousand Splendid Suns. I hear the firecrackers exploding out in the streets, it is a New Year’s Day ritual in Nigeria. But for a moment, it feels like my return flight from Afghanistan is just about to take off. I am looking around. Trying to take in the finest details because who knows, I might need to write about this place. A place that cradles Khaled Hosseini’s story. I sigh… Then I think “isn’t this what great books do? Take us to new places? Give us a pair of binoculars to view the world from the corner of a quiet room? And are book reviews not essentially travelogues? To tell people about the new friends (character) one met in a book?

My eyes are beginning to wet up. How can one story be so brilliant and yet so heartbreaking? Why do I feel that there’s another Rasheed, a household terror disguising as husband and father? A pedophile, leveraging on culture to marry minors. I wonder why I also feel like there’s another Mariam Jo somewhere near, whose pillow is dampening with silent tears. Who feels like a walking-talking mistake. A harami, bastard. An unwanted child, pretty much like a human-weed, which sprouted from a bed only intended for sexual pleasure.

What the story was about…

I am flipping the last pages of A Thousand Splendid Suns with tears in my ears and questions in my mouth. This is my first Khaled Hosseini’s read and I will jump right into another, once I lay my hands on it. To say the least, I was impressed, moved, and touched by the narration, the telling, the weaving in of poetry, and the dynamic plot. The story is about Mariam Jo, a teenage girl born to Jalil, a wealthy man after an affair with Nana, his maid. Mariam tries to win her father’s acceptance because he’d sent her mom packing once he found she was pregnant. Jalil supposedly took this step to please his wives and also to save his face but he occasionally visited little Mariam who looking through the lens of childlike innocence thought she could win her father’s acceptance.

When Nana saw Mariam’s aim, she had said to her; “A man’s heart is a wretched, wretched thing, Mariam. It isn’t like a mother’s womb. It won’t bleed, it won’t stretch to make room for you…” However, all efforts to dissuade Mariam met futility. The harsh reality hit teenage Mariam when she not only met cold rejection but also lost Nana to suicide and her life soon became a chain of tragedies. She was married off to 40+ year Rasheed who was abusive. Aside from domestic violence and childlessness, there were other social issues to deal with. A bloody war, a horrible famine, and a second teenage wife who marries Rasheed because the war claimed her parents and separated her from her one true love.

Why it made me sad…

By now, you can guess that Mariam’s end was not a happy one but she was such a strong woman. For the most part of her life, she adhered to Nana’s words; “there is only one skill a woman like you and me needs in life, and they don’t teach it in school. …And it’s this: Endure.” It is sad how the gospel of “endurance” is still been preached to girls and women by many cultures around the world.

This is one of my concerns for the girlchild. How culture teaches her that eating shit is a virtue. How society shapes her into a docile woman in a bid to give men a faux aura of superiority. This book soaked me in right from the first page because of how Khaled aptly captures my thoughts on men’s blame-trading game. In his words, “That is what it means to be a woman in this world… Like a compass needle that points north, a man’s accusing finger always finds a woman. Always, remember that Mariam.” This was Nana speaking to her daughter.

As Mariam was led to her execution for the murder of Rasheed, I think to myself, “what a brave woman! She chose freedom from domestic violence and abuse even though it meant death.” Then I wonder why the stigma of divorce and single motherhood seem to be enough reasons why some women are grounded in abusive marriages. If marriage becomes a graveyard for your dreams; leave, and still hold your head high!

I could go on and on but I have to stop here and thank Khaled for sponsoring my trip to Afghanistan and giving me new friends. Thank you, Khaled Hosseini!

- here in liberia, A Poem By Edwin Olu Bestman

Writing is a lonely and mentally exhausting activity. From sourcing writing ideas, to the actual scribbling, all the way to seasoning it for your audience, the process is anything but exciting.Do you have to do all of these alone? At Eboquills, we are happy to help you edit your manuscript, ghostwrite your book, write a blurb for your book, and support you through the journey of becoming an author.Get in touch today for personalized writing support.Happy new week from all of us at Eboquills!#Editing #ghostwriter #betareader #eboquills #writing ... See MoreSee Less